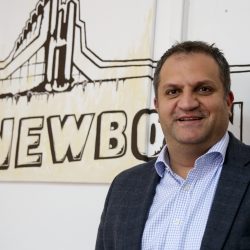 Shpend Ahmeti completed his master studies on Public Policy at the University of Harvard, US, during 2002-2004, with a major on political and economic development. Shpend completed his graduate studies on Economy and Business Administration at the American University in Bulgaria during 1996-2000, with a master on Applied Economics and Business Administration.
Mr.Ahmeti brings extensive experience from the civil society sector in Kosova setting up the Institute for Advanced Studies GAP in 2007 and running it for three years. He was part of the team that has drafted the Public Expenditure Review for Kosova. He has also worked for the European Bank for Reconstruction and Development, as a Financial Analyst. For eight years, Mr. Ahmeti taught Public Policy and International Political Economy at the American University in Kosova.
Mr.Ahmeti is currently a member of the General Council of THE MOVEMENT FOR SELF-DETERMINATION! and lives in Prishtina with his close family.